Healthy Utah Heads to the Hill


As the federal negotiations wind down, all eyes turn to the Utah legislature and their necessary but uncertain role in closing the coverage gap.

These are some of the tough questions we get at UHPP.
And at least for the first two, we have good answers (we’ll let Training Table and Arctic Circle battle over fry sauce in another issue).

After two years of glacial progress—and occasional retreats—efforts to close Utah’s coverage gap are moving towards the legislative finish-line. 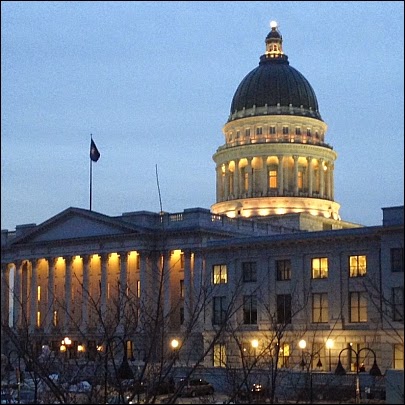 As a reminder, the Healthy Utah Plan (1-page overview) is Gov. Herbert’s proposal to offer subsidized private health insurance to Utahns caught in the coverage gap. These are the 45,000 Utahns who earn too much or otherwise don’t qualify for Medicaid, or earn too little to receive premium subsidies to buy insurance on healthcare.gov. These Utahns—mostly working adults, many with kids—represent the last missing piece to Utah’s health coverage puzzle.
So far 27 states have either expanded Medicaid or pursued “private option” plans similar to Healthy Utah. According to the Advisory Board, the unofficial Medicaid Expansion score-keeper, Utah is among three states “considering expansion,” a category that does not include the “heck no” states like Mississippi, Alabama and Texas.

So what happened in Utah during the summer of 2014?
In a word: Tons. And the best-case scenario is that the Healthy Utah Plan will be debated and voted on in a special legislative session, or more likely during the 2015 Legislative General Session that begins in late January.

But we all know that best-case-scenarios rarely happen. Especially in Utah. Especially in the state legislature. Plus, the "conceptual" agreement between Gov. Herbert and the feds could unravel over the next few weeks.

What we can say is that a host of stakeholders including local chambers of commerce, the hospital association, and the advocate community have made significant progress over the last two years—and leaps and bounds during the last few months.

Here’s a brief update on what’s been happening on all fronts:

Negotiating with the Feds
Since March Gov. Herbert has been giving frequent updates  on the state’s ongoing negotiations with the federal Department of Health and Human Services (HHS). Staffers from both sides have whittled down the list of outstanding issues to about half a dozen. These issues—ranging from Utah’s requirement for higher cost-sharing for consumers earning above the poverty level, to extra charges for inappropriate use of the emergency room—were slowly turned from “red lights” to “green lights” as Utah gained approval from HHS. One of the last remaining “red lights” was Utah’s demand that participants seek work training or job assistance in order to receive their new health benefits.

On September 9th Gov. Herbert reported from Washington, DC that he reached a “conceptual” agreement on the Healthy Utah Plan that cast the “work effort” requirement as component of coverage, not a prerequisite for coverage. The governor also described the negotiations as being 95% approved. After he announced the tentative agreement, he said Utah and the federal government should have the remaining details worked out within two to three weeks—which indicates a final agreement date in late September. We are now waiting for more detailed language on the “work-effort requirement” and whether it will be an “opt-in” or “opt-out” program administered in conjunction with the Healthy Utah coverage.

Gaining Public Support
Over the past few months we’ve seen numerous independent polls showing significant support among Utah voters to increase access to affordable healthcare coverage in Utah.  These polls also show strong support for the Healthy Utah Plan in direct comparison to other plans, or doing nothing.

Here’s a summary:
Healthy Utah Roadshow
From Logan to Provo to St. George, a group of community organizations including UHPP, Voices for Utah Children, AARP, and AUCH have been inviting community stakeholders to learn about the Governor’s Healthy Utah Plan from the experts who are putting it together. The events include a policy briefing, followed by an opportunity for local leaders to ask questions of representatives from the Utah Department of Health and the Governor’s Cabinet.  Each event has encouraged a lively exchange of ideas and generated significant local media coverage on this important issue.
So far we’ve held events in Provo, St. George, Clearfield, Logan, Ogden, and will hold one more in Taylorsville in early October.

Winners & Losers in Healthcare Reform
In August a national survey (Gallup Healthways Well-Being Index) indicated that the states who sought to maximize the benefits of the Affordable Care Act (ACA) also saw a dramatic drop in their uninsured rate. In one year, the uninsured rate in Arkansas dropped from 22.5% to 12.4%--a 45% decline. Kentucky saw a 42% drop.  The ten states that reported the largest declines in uninsured rates (see chart here) expanded Medicaid and established a state-based marketplace exchange or state-federal partnership.

Utah prides itself on being unique for a variety of reasons.
Some of Utah’s unique factors include:
But unless Utah increases access to healthcare coverage for its low-income residents, our uninsured rate—and the host of medical and economic burdens generated by inefficient health-care access—will continue to drag down our state

The Next Steps (Really) on the Healthy Utah Plan:
As Gov. Herbert’s staff finishes the federal negotiations over the Healthy Utah Plan, attention will turn to the Utah Capitol and the task of convincing enough legislators to vote their approval.
And if Gov. Herbert thought federal bureaucrats were tough and intransigent, then he hasn’t been attending enough Health Reform Task Force meetings.

For the past two years we’ve listened to earnest arguments like:
All of these arguments have been countered by facts and common sense.  It is time for Utah lawmakers to face this issue, learn the detailed arguments, listen to their constituents and special interests, and make a decision. After all, the upcoming general session will be the third legislative gathering in Utah to debate this issue—while 45,000 Utahns continue to live without access to affordable health insurance.

Want to Get Involved?
Refer to our Help Close the Coverage Gap article in this issue of Health Matters
# # #

UHPP's Fall Conference: Is It Working? 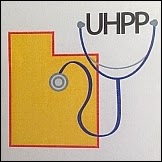 Utah Health Policy Project (UHPP) is excited to announce our upcoming annual conference Is It Working? Taking the Pulse on Health Reform in Utah.

Join our team and your colleagues from Utah and across the nation for an interactive discussion about year one of Affordable Care Act (ACA) implementation.

Is It Working? A National Perspective
This year’s conference is all about checking the vital signs of health reform and diagnosing its future. Many questions exist about the ACA: Which states are succeeding? What’s different about the 2015 marketplaces? Will the ACA marketplaces attract new customers the second time around?

Life After Enrollment: A Panel Discussion with Utah's ACA Kitchen Cabinet
Our ACA Kitchen Cabinet share their experiences—from scheduling doctor’s appointments to adding newborns to their insurance policies—guiding us on how to improve the delivery-side of health reform.

The Value Added by Navigators: What Do They Bring to the Table?
A panel of navigators, certified application counselors, and brokers will discuss their experiences and the value that a navigator brings to Utah's health system.

Covering the Gap--The Utah Way
A discussion about Utah’s path toward finding a solution to fill the Medicaid expansion coverage gap. We'll be answering questions about where we started two years ago, what it’s taken to get to where we are now, and what the path looks like going forward.

For sponsorship opportunities, please contact Laura Coyne at email, or phone, at 801-433-2299. 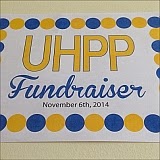 We changed the date of UHPP's Annual Fundraiser, and we hope you can still attend!


Come be a part of the fun and support UHPP. There will be entertainment, food, and drink as well as a raffle of fantastic prizes.


UHPP staff will share our experiences from the past year in health reform, and what we expect in the future. 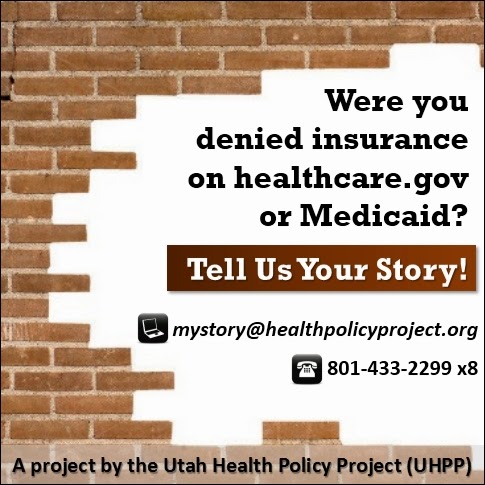 Closing Utah’s coverage gap would help 45,000* uninsured Utahns gain access to affordable and high-quality health insurance. After three years of study and debate, we are closer than ever before to enacting a solution that works.


But the momentum could falter if the Utah legislature—especially the House of Representatives—can pretend that voters don’t care about this issue.
We need to convince them that Utah must act to close the coverage gap.

Legislators need to be reminded that:
·         88% of Utah voters prefer the Healthy Utah Plan compared to doing nothing (link);
·         79% of self-described Republican voters support the Healthy Utah Plan (link);
·         Two-thirds of Utahns in the coverage gap are working—many of them at two or more jobs that don’t offer employer sponsored health insurance (link);
·         Adults without kids can’t qualify for Medicaid at any income level in Utah—and parents must earn below 50% of the poverty level (earning below $7,755 for a two-person family) (link); and
·         We want $258 million of Utah taxpayer dollars returned to our state, instead of being sent to expand health coverage in other states (link).

Contact Your Legislators
The eleven legislators listed below serve on the Health Reform Task Force—the gatekeeper committee to all healthcare legislation in Utah. They don’t have to represent you for you to contact them with your opinions on important healthcare policies and legislation.
Email and call them to express your opinions about Utah’s coverage gap and the Governor’s Healthy Utah Plan.
Want to lobby in person? You can attend the next meeting of the Health Reform Task Force this Thursday morning at 9am in Room #30 (basement) of the West-side House Building (agenda) (map)

Find your own state legislators here—contact them about closing Utah’s coverage gap and the Governor’s Healthy Utah Plan.

There are several ways that you can get involved in the advocacy work that we do!
·         Get updates about the Healthy Utah Plan by joining the email list at Utah Communities for Healthcare Coverage (UCHC)
·         Get updates on your social media streams by liking UCHC on Facebook, or follow us on Twitter (@UC4HC)

A Note about Numbers:
*Previous Health Matters articles indicated 57,000 Utahns in the coverage gap. Both numbers--57,000 and 45,000---represent different enrollment figures depending on the point in time (year) they are referencing. To be consistent with the Governor’s office we will start using 45,000 Utahns in the gap, which is estimated from the PCG report for the year 2015. The 57,000 number is from the same report, for the year 2020.

Download this handy PDF to discover which coverage gap number you should use... and when (pdf)
Posted by Unknown at 11:51 PM No comments: